„Those forgotten on the Banks of the Euphrates" Anschauen 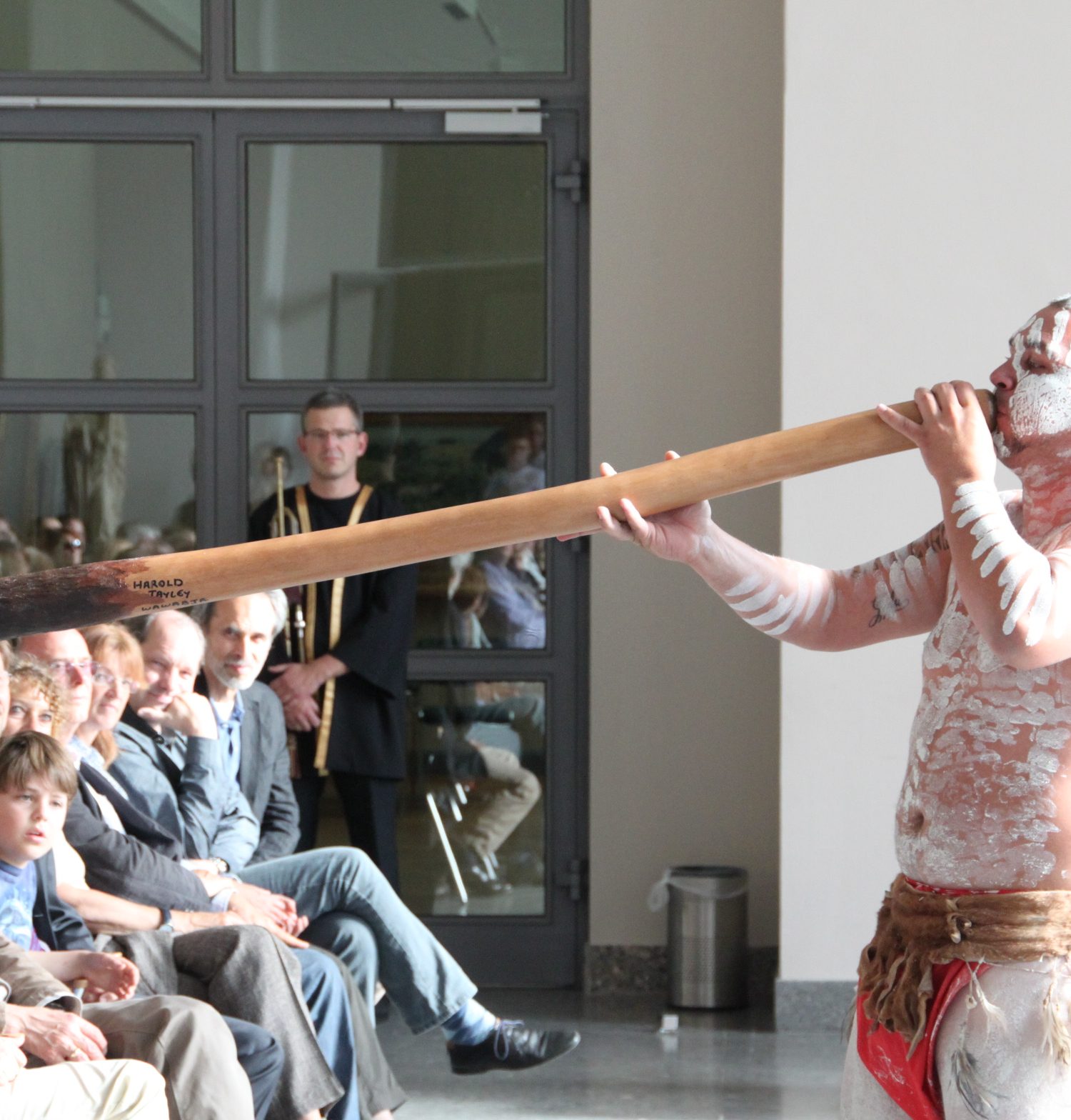 Sky High Down Under

„Sky High Down Under“ spans a bridge between Europe and Australia. Central to the project is the didgeridoo performing with the European natural trumpet. The concert portrays the creation myth through the medium of sound. The high point is the impressive Concerto for Seven Trumpets and Timpani of Johann Ernst Alternburg. The middle section of the program is titled “Music of the Spheres” and was specially composed for this production by the renowned Australian composer Elena Kats-Chernin. This project is a collaboration with Australian trumpeter susan Williams, and features the Clarini Trumpet Consort with the didgeridoo artist Jeremy Donovan as centerpoint.